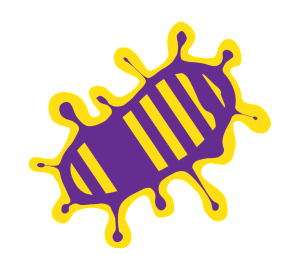 I’m introducing a new feature here at emptyset.com called “Meet the Makers,” where I’m going to profile creators we love. It follows that this feature will showcase lots of the folks we work with to put out our books and products.

As such, there’s really no better place to start than with Scott E. Pond Designs.

We here at Empty Set Entertainment count ourselves lucky for so many reasons. Great fans, great partnerships and business relationships, and products people seem to dig. We work really hard, and expect the same from everyone we work with, no exceptions.

Scott E. Pond — graphic designer and proprietor of Scott E. Pond Designs— is the best of the best, and so good for our business. In a different setting, I might even go so far as to say he’s the bee’s knees, but we like to keep things businessy around here.

Here’s the truth: we wouldn’t look as good, or have nearly as much fire and spark in our visual vibe if it were not for Scott’s influence. He’s a designer who favors the art of realism. He’s a maker who delves deep into each project and creates as much of it as possible in the real world before digitally finishing up the futuristic touches. He’s a master and a student all at once, which makes him perfect for fleshing out new ideas in the crazy worlds we create here at Empty Set.

From a Creative Adjacent perspective, there’s nothing better than a Creative who is happy, and a project that’s on time and on budget. Scott Pond makes it seem so easy to deliver high quality work, and I know from experience that’s not so simple.  And yet, in all the years we’ve worked together, he’s never missed a single project deadline. This seems elementary, but is a delicate and hard-fought success not too many folks can claim in their professional life. I know Creatives have a hard road, because “it’s not done until it’s done,” and still this matters not when it comes to Scott meeting his commitments.

But don’t take my word for it, as Mr. Pond’s work stands for itself:

If I were a different person, I would not tell you all to hire him as fast and as often as you can. I would not tell you he’s excessively easy to work with, he has a sublime creative energy, and is a calm and consistent contributor to any artistic project. I would keep to myself that he’s never outwardly groused about anything we’ve thrown his way, including late or missed deadlines, bad information, or terrible instructions.

But I’m not that kind of gal, so instead I’ll say, — without reservation — that having “Pondy” on your creative team makes your product better before it even exists.

Do it now, thank me later.

Our GoDaddy Coupon page gets you all kinds of great deals when you’re getting new domains on the web. Don’t buy a thing before you check them out, seriously. You can save big on a new dot-com using the code CJCSIGLERC. Or, save 30% off your entire order of new products with the code CJCSIGLERP. Dooo eeeeet.

Our awesome  sponsors: Get your faces over to our Moosejaw coupon page and using the code SIGLER. Lots of great gear in their discounted pages, and you’ll get another 10% over that with our code! •  I have been loving the National Geographic Masters of Photography lectures from The Great Courses  where our pages saves you 80% on programs about science, art, writing, literature, computers, tech and more that you can watch on your smart phone, tablet, computer, DVD player or just listen to the audio. •  Build A Sign made me great new banners for SiglerFest 2k15 that starts in THREE DAYS!